⭐ FREESHIP FOR ALL ORDERS FROM 40 USD

🔥Get the Special LIMITED STOCK GIFT BOX. GET IT NOW

Jujutsu Kaisen is an exceptionally popular manga and anime series that garnered attention from fans worldwide. Ever since the first season finished airing, there have been several debates in the fan base over the strongest villains in the show.

While there isn’t enough information to accurately place the villains on the tier list, their general power levels and fight scenes shown in the anime will be used as reference points in creating the list below. Also, the choice of the list was left to the writer. 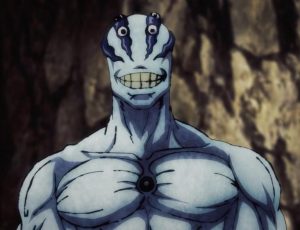 The Finger Bearer is a special grade curse that goes up against Sukuna, who resides in Yuuji Itadori’s body. As the name suggests, it contains one of Sukuna’s fingers.

This special grade curse is quite strong, as we see Megumi, Nobara, and Yuuji struggle against it. This curse was beaten by Sukuna, who used his Malevolent Shrine Domain Expansion. 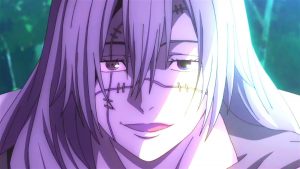 Mahito in Jujutsu Kaisen is an ally of Geto, who wants to eradicate the entire population and replace them with cursed spirits. During the fight against Itadori Yuuji, we get a glimpse of his powers.

He is deranged, and his twisted nature is constantly seen when he tries to manipulate humans into doing things they shouldn’t be doing. His ability to conjure domain expansion talks about his overall power levels, making him a powerful villain. 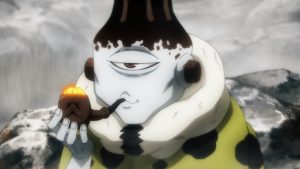 This Jujutsu Kaisen character has one eye in the center, with the upper portion of his head resembling a volcano. Anytime he is angered, the volcano-like part of his head erupts.

He is a powerful villain, but it doesn’t seem that way since he was up against Gojo Satoru. His strength has been acknowledged by the likes of Sukuna, which is proof of his reputation. His domain expansion is mighty, but Gojo overcame the odds by using the infinite void. 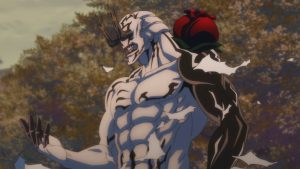 The Jujutsu Kaisen villain proved to be a dangerous foe when Itadori and Todo were fighting against it. Their power levels are overwhelming, and the regenerative powers make the character even more dangerous.

Gojo himself admitted to Hanami being stronger than Jogo, which says a lot about the character’s strength. 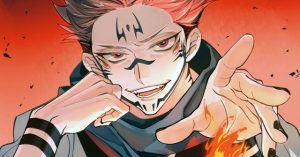 Sukuna, the main antagonist of Jujutsu Kaisen, is the strongest cursed spirit in the show. He has a vast reserve of cursed energy, and his Malevolent Shrine domain expansion gave viewers a glimpse of just how strong he is.

Being one of the strongest characters, Gojo admitted that a fight against him would be pretty tough.

In your opinion, who is the most powerful villain in Jujutsu Kaisen? Find more interesting infor about Jujutsu Kaisen in our blog here! Offered in the country of usage

We regret to announce that orders from December 1st may not be in time for Christmas due to overloaded shipping. Dismiss